Under the 2008 constitution drafted by the military, Myanmar is defined as a unitary parliamentary republic. Myanmar’s nominal head of state is Daw Aung San Suu Kyi, a Nobel Laureate. The Myanmar military, headed by Snr. General Min Aung Hlaing, still hold much authority over the country’s politics, especially on matters of national security. 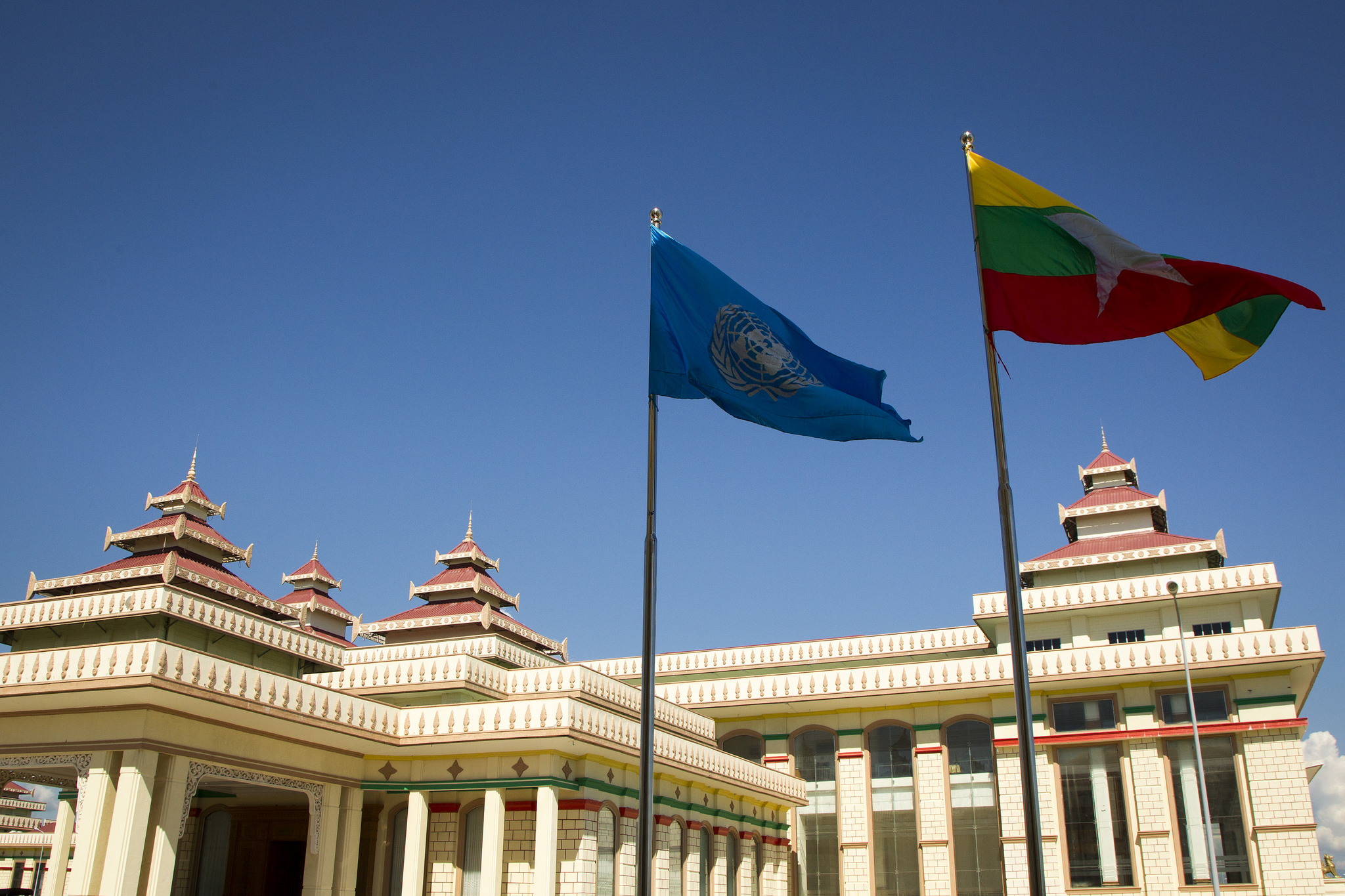 Myanmar’s 2008 constitution allowed for the first multi-party elections in 2010, ending five decades of military rule. The table below details the various political regimes in Myanmar over the past 140 years.

Myanmar’s national government is divided into the executive, legislative and judicial arms. The executive branch is currently headed by the State Counsellor of Myanmar (a role similar to the prime minister), Daw Aung San Suu Kyi, even though the President U Htin Kyaw is the de jure head of state and head of government. A list of Ministers and Deputy Ministers for each Government ministry can be seen in the Government session of Open Development Myanmar’s Dashboard.

The national legislative branch consists of two bodies under the Assembly of the Union. These are:

The military, as per the 2008 constitution, occupies 25% of the seats in each body. To amend the constitution requires a 75% majority of both branches, which effectively makes it impossible to change the constitution without military approval.1

The judicial system in Myanmar is currently still based on British-era laws and systems and is not independent of the executive branch. The highest court is the Supreme Court of which Htun Htun Oo is the Chief Justice.

The most recent general election was held on 8 November 2015. This was the first time that an openly contested election was held since 1990. The results gave the National League for Democracy a supermajority of the seats in both chambers of the Assembly. This election was critical in signaling a significant change in the political nature of the country, as it had been led by successive military leaders from 1962.3

The World Bank’s Worldwide Governance Indicators (WGI) show that rankings for certain measures of Myanmar’s political governance have stayed relatively low over the past 15 years.7 The measures for ‘Voice and Accountability’ and ‘Control of Corruption’ are the only measures that show significant improvement since 1996. This may be attributable to the significant change in political systems (the improvement in both measures occurred after 2010). The fluctuating results for ‘Political Stability and Absence of Violence/Terrorism’ reflect events in Myanmar’s ongoing civil war.

Myanmar is known for rampant corruption in all sectors. In the Corruption Perception Index 2016 compiled by Transparency International, Myanmar ranked 136th out of 176 countries. (It has improved its score significantly since 2012, however, when it took 172nd place, with the lowest countries jointly ranked at 174th.)5 Corruption in national government is perhaps the greatest in the jade industry, where there is no oversight. Global Witness reports that up to US$31 billion worth of jade was sold in Kachin State in 2014, a figure which amounts to half of Myanmar’s GDP. Much of this money was shown in the report to be siphoned off to former military dictators, crony companies, and the military.6

Myanmar has had a series of ongoing insurgencies since its independence from Britain in 1948. This conflict, labeled the world’s longest-running civil war, has caused a large number of civilian deaths and refugees. According to UNHCR, as of late March 2017, there were over 415,000 refugees from Myanmar. The Internal Displacement Monitoring Center estimates that as of March 2015 there were up to 662,400 internally displaced people as a result of conflict and violence in Myanmar. There has been much work towards peace but the lack of transparency and the rapid speed of changes in the factions has caused the peace process to slow.78

Though Myanmar had strained relations with the rest of the world before 2012, it has had much more active and open engagement with other countries since its major political changes. Myanmar is a member of the Association of Southeast Asian Nations (ASEAN) and now has diplomatic missions all over the world. Myanmar has used the opening up of the country to encourage foreign investment into various sectors of the economy.9