There is room for improvement in Myanmar’s tax system. The Union faces many challenges in both collecting tax revenue from both citizens and organisations, as well as distributing this income to where it is needed. This affects the state’s ability to govern effectively. Tax reform is needed to expand the tax base (increase the number of different industries and individuals who are liable to pay tax). Modernising an outdated tax administration system is important to ensure equity for all citizens. Improving public knowledge about taxation is needed to build trust in the process the government is using to improve taxation in the country. 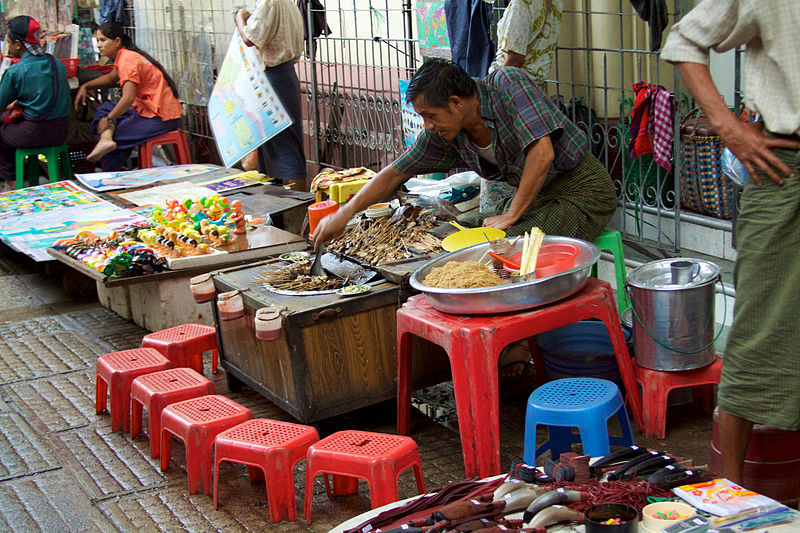 In Myanmar, the percentage of GDP sourced from government revenue is much lower than the world average. For example, since the country transitioned to a quasi-civilian government in 2010, when many international sanctions were lifted, tax revenue as a percentage of GDP has not exceeded 10%. For instance, during the 2016/17 financial year, taxation revenue was only 6.4% of GDP.1 Of this revenue, income tax payments made up approximately half, while commercial taxes were responsible for 40%.2

Income tax, comprising both personal and corporate income tax, is paid to the Internal Revenue Department (IRD). Income tax is the largest source of tax revenue for the government. Personal income tax (PIT) progressively taxes an individual’s earnings. Based on the 2018 Union Taxation Law, any person earning less than MMK 2 million (approx. USD 1,300) annually is exempt from this tax. The tax rate then increases from 5% to 25% in successive income tax brackets, with the highest bracket being defined for individual annual income in excess of MMK 30 million (approx. USD 20,000).3

Corporate income tax (CIT) is levied on all companies registered under the Myanmar Companies Act of 1914 at a rate of 25%. This includes state-owned economic enterprises (SEEs) and local branches of foreign companies.4 Companies based in Myanmar must pay tax on their global income, whereas non-resident companies are only required to pay tax on their Myanmar-based income.5

Commercial tax is the second largest contributor to tax revenue. It is a 5% tax paid to the IRD on the sale of goods and services, imports, and trade revenue.6 A number of goods are exempt from commercial tax. Most of these are agricultural products, such as rice, beans and pulses, or palm oil.7 Certain goods, such as cigarettes, alcohol, teak, and jade are also subject to an additional Specific Goods Tax.8 These tax rates are set annually in line with Union Taxation Laws.9

Commercial tax is an example of indirect taxation. Although these taxes are levied on producers and sellers, the tax burden is transferred to consumers when prices are raised to cover these costs. Unlike PIT, which is a progressive tax, commercial tax is regressive, which means that relative to income, poorer households experience a larger tax burden. While generally, developing countries rely heavily on regressive taxes10, Myanmar performs better than other low and middle-income countries (LMICs) in this regard. For example, over one-third of revenue in the country is sourced from direct taxes, whereas for other LMICs, this proportion is usually between 10 and 20%.11

Property tax is administered in urban areas by Development Affairs Organizations (DAOs)12 based on the estimated value of both residential and commercial properties. While this tax is relatively small, making up only 0.03% of GDP in 2013,13 it is noteworthy for urban citizens as it is paid twice per year to door-to-door tax collectors.14 In a survey of urban taxpayers in the cities of Taunggyi, Hpa-an, and Yangon, 63% of respondents reported paying property taxes, which is much higher than the proportion of people who reported paying income (11%) or commercial tax (45%).15

Taxpayers often think of this property tax as including utility bills16 or stamp duty paid on the sale of a property.17 Considering that the rate of stamp duty for the sale of an immovable property in Yangon is 6%,18 this can lead to the perception that property tax is higher than the actual figure.

In 2012, Myanmar introduced a comprehensive tax reform process. It was aimed at:

The IRD has received financial and technical assistance from organizations, such as the International Monetary Fund (IMF), World Bank, and the United States Treasury Department to support tax reforms.20 The initial phase of these reforms ended in 2017. It was focused on improving the capacity of the tax administration system, which was a major constraint to improving the situation.21

A key change during this period was the transition from a system of tax assessment being completed by government officials to a system of self-assessment.22 This was used to shift the responsibility of reporting income and determining the amount of tax that needs to be paid to the taxpayer. Now, organisations are required to calculate their own tax payments and submit records of their income. These records can later be audited to ensure organisations are complying with the law.

As part of the reforms, new tax offices have been established to provide more specific taxation services to taxpayers based on the size of their income. As a result, a Large Taxpayer Office (LTO), as well as three Medium Taxpayer Offices (MTO1, MTO2, MTO3) have been created.23 Self-assessment procedures were initially rolled out for large taxpayers through the LTO in FY 2015-16, and then for medium taxpayers through the MTO1 in FY 2016-17. The implementation of these reforms is planned to gradually cascade down to smaller taxpayers.

When the state uses taxation to raise revenue from citizens, they enter into an important social contract. Taxation reform is not only related to improving government revenue. It is also important to consider how citizens value the taxation system.

There is a large information gap when it comes to taxation in Myanmar. For example, in a survey of urban taxpayers, 89% of respondents either agreed or strongly agreed to the statement, “I wish I had clearer information on what taxes I am supposed to pay.”24 In the same survey, 94% of respondents agreed or strongly agreed that it is a citizen’s civic duty to pay tax.25 This indicates that better information and education about taxes may improve tax compliance, at least for urban citizens.

Expanding the tax base means that the tax administration will need to interact with an increasing number of citizens. While compliance with property taxes is high because door-to-door collection methods are used, the administrative cost of this approach is also high. A mobile application launched in Taunggyi city may prove to be a viable solution. The MyanKhon application has been implemented to help the Taunggyi DAO to streamline the collection of utility bills and other fees.26 Technological innovations, such as this could be applied to the process of tax reform.