A lack of legitimate job opportunities in Myanmar has contributed to a shadow economy of informal or illegal labor, operating both within and outside the country’s national borders. Informal labor is prevalent in a range of economic sectors and affects a broad spectrum of demographics. 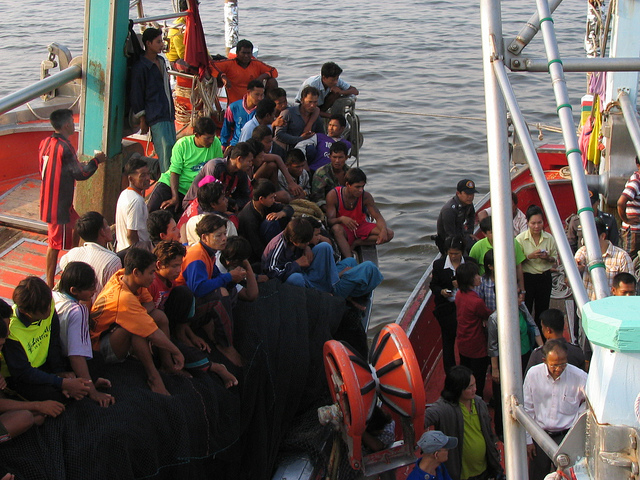 Traditionally working in border regions, where the government’s oversight is limited, human trafficking networks in Myanmar now extend to the country’s major cities.

Although Myanmar people are trafficked to other Asian countries, such as China, Bangladesh, Malaysia, Korea and Macau, the primary destination is Thailand. Approximately 600,000 Burmese migrants are registered to work in Thailand, but many more are there illegally.1

Many people are trafficked to Thailand to work in agriculture, fishing, construction, factories, domestic work and the sex industry. Local traffickers use deceptive tactics to recruit men into forced labor on palm oil and rubber plantations or in jade and precious stone mines.2

A global index on modern slavery stated that some 30 million people are enslaved worldwide and 384,000 people are enslaved in Myanmar.4 Modern slavery is when one person possesses or controls another person in such a way as to significantly deprive that person of their individual liberty, with the intention of exploiting that person through their use, profit, transfer or disposal.5 Myanmar enacted the Anti-Human Trafficking law in September 2005. According to official statistics, the government exposed 1,168 cases between 2006 and April 2015, rescuing more than 2,000 victims and arresting 2,106 traffickers. 6 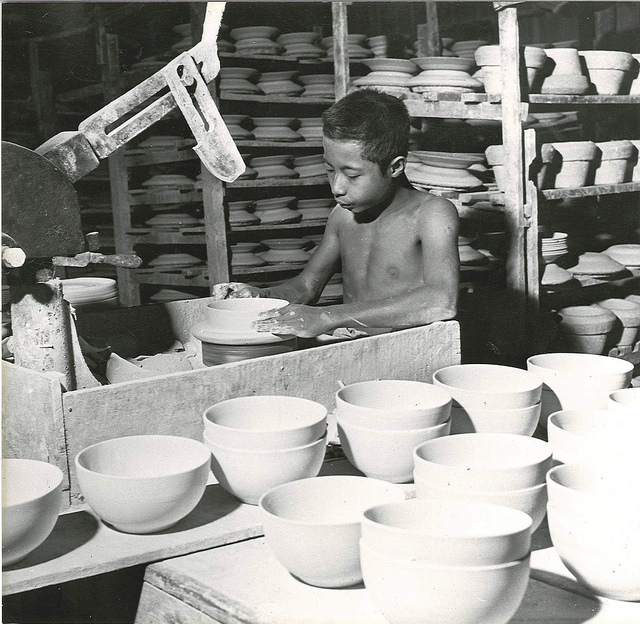 Child labor is widespread problem throughout Myanmar. Many of the children are recruited by agents and employed in tea shops or as restaurant attendants, street vendors, manual labor, waste collectors or beggars, in food processing and light manufacturing industries, and on farms in rural areas.7

The estimated number of children in Myanmar was 12.146 million in 2014, with about 10.5 percent of this number working, totalling 1.279 million working children. The definition of working children in the 2014 Myanmar census is: “those whom during the past seven days have been engaged for one hour or more, on a full-time or part-time basis, paid or unpaid, in the production of goods and services that have a market value.”8

In Myanmar, over 77 percent of children between 5 and 17 years are attending school, This privilege does not extend to the majority of children in the labor force, with only 0.3 percent of working children being able to attend school, according to the statistics from the International Labor Organization (ILO).10

There are an estimated 70,000 sex workers in Myanmar. About 8 percent of them are living with HIV, reported The Myanmar Times.11

In many cases, brokers promising high-paying jobs lure women to distant foreign cities. The brokers regularly charge the women for transportation, food and other costs of living, in exchange for helping the women find work. In some cases, brokers trick women into becoming prostitutes, promising high-paying jobs without informing women of the actual work.12

In Myanmar the Suppression of Prostitution Act of 1949 stipulates that the act of soliciting or seducing in public is illegal, with offenders facing one to three years of imprisonment. The punishment is aimed solely at the sex workers and clients are not punished under the law.13

In addition to laws against prostitution, Myanmar has laws protecting minors and specifically prohibiting child prostitution. However, these laws are not enforced and many women under the age of 18 work as prostitutes.