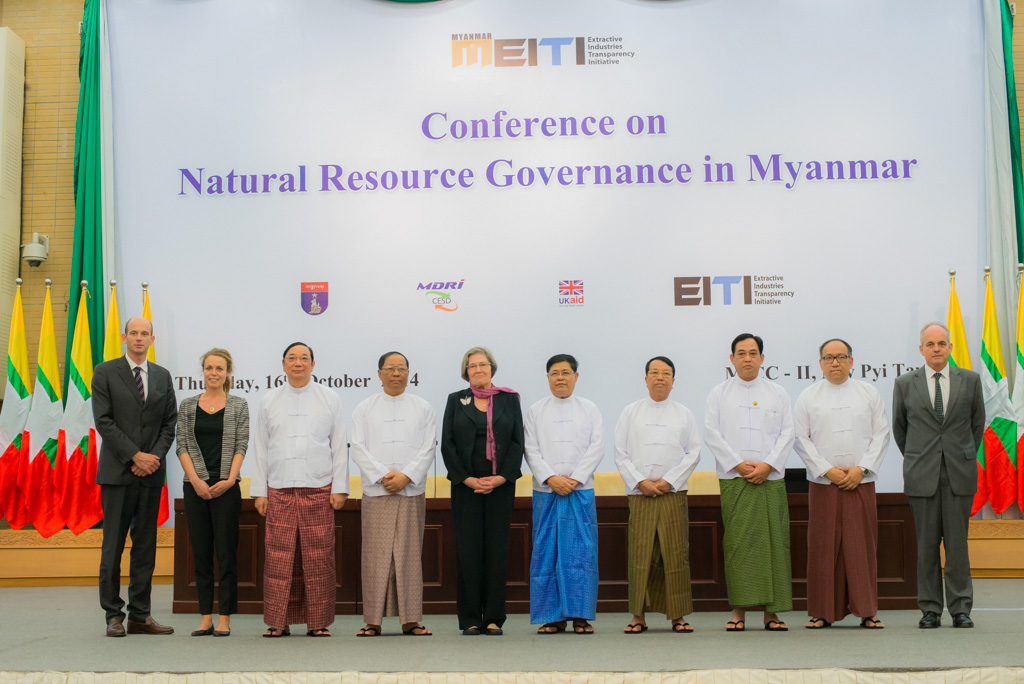 These natural resources are owned by the state. Under Article 37 of Myanmar’s 2008 Constitution, the Union:

(a)  is the ultimate owner of all lands and all natural resources above and below the ground, above and beneath the water and in the atmosphere in the Union;

(b) shall enact necessary law to supervise extraction and utilization of state-owned natural resources by economic forces.3

After many years under military control, Myanmar’s economy became more market-oriented when the State Law and Order Restoration Council (SLORC) was established in 1988. However, the State-Owned Economic Enterprises Law of 1989 (SOEE Law) retained the sole right for the government to control:

While different ministries are responsible for overseeing different sectors, there are areas of overlap between administrative responsibilities as, for example, when a mine site is in a designated forestry area. As another example, the Asian Development Bank reports that “energy sector activities are scattered among seven ministries: within each ministry, functions of policy, regulation, implementation, and operation exist”.5

The Myanmar Mines Law of 1994 divides mining operations into ‘subsistence production’, ‘small scale production’ (operations intended to run for up to 10 years) and ‘large-scale production’ (intended to operate for up to 50 years).6 The law was extensively amended in 2015.7Amendments include an adding category for ‘medium scale’ mining and transferring the control of permits for small-scale and subsistence mining to state/region government control. Feasibility studies will be allowed in a permit.8

(Myanmar’s official mineral production is vastly lower than neighboring state Thailand – in 2015, worth US$3.3 billion compared with Thailand’s US$9.4 billion.)10

The amended law sets out fixed royalty rates, ranging from 2 percent for industrial minerals or gemstones to 5 percent for gold, platinum, and uranium.11

Large-scale mines are governed by a joint-venture or production-sharing contract between the relevant government-owned agency (called a ‘Mining Enterprise’) and the private mining company. According to the Asian Development Bank’s Energy Sector Initial Assessment, for coal “the average production sharing contract provides 30 percent of profits for the government and 70 percent for the private contractor”.12

Research by international NGO Global Witness has found that the jade industry is enormous – it estimates that the value of official jade production in 2014 alone was well over the US$12 billion indicated by Chinese import data.14 But production is effectively unregulated, and “hardly any of the money is reaching ordinary people or state coffers.”15 “If openly, fairly and sustainably managed, this industry could transform the fortunes of the Kachin population and help drive development across Myanmar,” Global Witness reported. “Instead, the people of Kachin State are seeing their livelihoods disappear and their landscape shattered by the intensifying scramble for their most prized asset.”16

Gems are regulated separately from other minerals by the 1995 Myanmar Gemstone Law and are governed by the state-owned Myanmar Gems Enterprise (MGE) under the Ministry of Mines. Under the Gemstone Law, royalties are set “based on the value assessed by the valuing body” at 20 percent in the case of ruby, sapphire, jade, and diamond, with 10 percent for other gemstones.17 The valuing body is set up by the Ministry of Mines.

The energy sector was nationalized in 1963 and brought under monopoly control of the government-owned People’s Oil Industry, which was renamed the Burma Oil Corporation in 1970 and the Myanmar Oil and Gas Enterprise (MOGE) in 1989.

A signature bonus is payable when the contract is signed, the royalty is 12.5 percent of ‘available petroleum’ and production bonuses are payable.19 MOGE has the option to take an interest of 15–25 percent in onshore blocks, and 20 percent (with the right to increase to 25 percent depending on the size of the reserve) in offshore blocks.20

The 2012 Law of Foreign Investment, administered by the Ministry of National Planning and Economic Development, requires foreign investors to establish a branch (or a subsidiary) in Myanmar and get a Myanmar Investment Commission permit and trading permit.

In 2013, the Ministry of Energy, MOE and a number of other government institutions involved in the energy sector formed the National Energy Management Committee, with the purpose of streamlining the country’s energy policy.

Myanmar, along with Cambodia and Vietnam, has been assessed under the Natural Resource Governance Institute’s Resource Governance Index (RGI). This mechanism scores and ranks countries with production in the oil, gas and mining sector. The ranking is out of a pool of fifty-eight (58) countries, where 1 is best. Assessed for its governance around hydrocarbons, Myanmar ranked at 58th place, or last.21 (Cambodia ranked 52nd and Vietnam 43rd).
The country is taking steps to improve this. Myanmar has joined the Extractive Industry Transparency Initiative (EITI), which requires extensive disclosure and measures to improve accountability in how the production of oil, gas, and minerals is governed.22 A December 2015 EITI report on Myanmar recommended greater disclosure from the two big military holding companies, UMEHL and MEC, that have a significant role in the country’s economy.23