Budget processes in Myanmar still have limitations that act as barriers to local participation and greater government accountability. Observations from reviewing the budget for the 2017-18 fiscal year show that the local implementation of activities is still heavily dependent on funds approved at the national level. More decentralized budget processes may have the potential to result in a broad range of benefits. 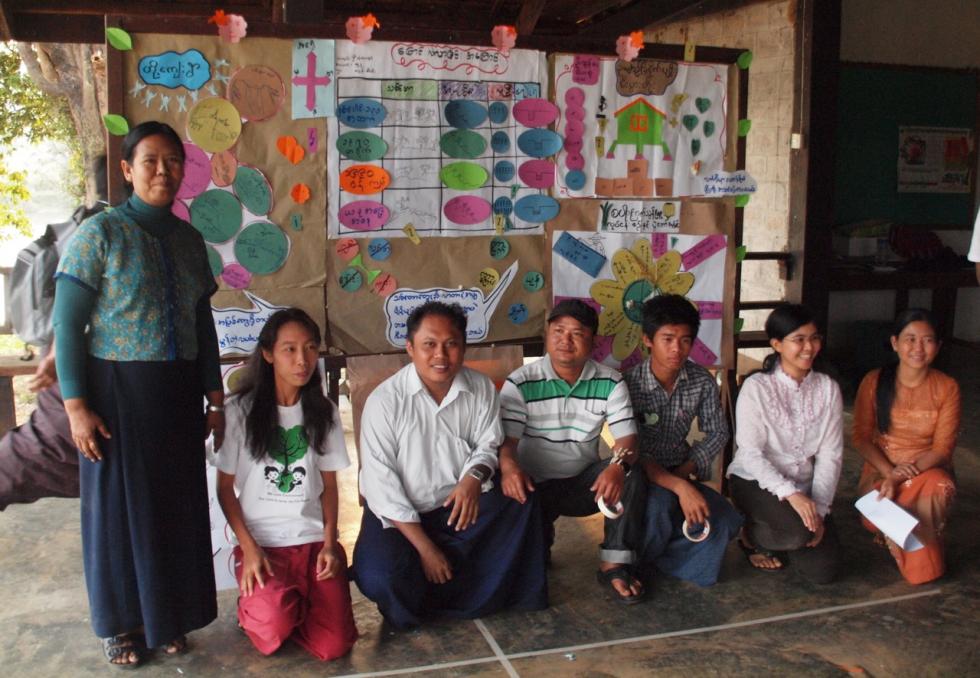 These budgets are split into recurrent and capital expenditure.3 Capital items are assets with a value of at least 1 million MMK (approx. 660 USD), with an expected life beyond the budget period . All other expenditure is recurrent.4

These classifications, in theory, affect how budgets are distributed. For example, state-owned economic enterprises (SEEs), which are used in Myanmar to regulate the formal economy have directly allocated recurrent budgets, whereas capital expenditure funds require approval from the Union Ministry that governs the enterprise.5

In reality, however, these expenditure categories are poorly defined and prone to mismanagement. Attempts by the Ministry of Planning and Finance to reform this system to meet international standards have had limited impact. Some SEEs remain unprofitable and do not obtain the best possible outcomes for the people of Myanmar.6

National and sub-national organizations, from union ministries and SEEs to local administrative offices, are usually asked by the Department of Planning to prepare budgets in August each year.7 Schedule 1 proposals that required approval from the Assembly of the Union are submitted in November to the Financial Commission of the Union. This commission comprises high-ranking executives from the national and sub-national levels and acts as an oversight mechanism for the development of the budget. It consolidates and endorses the final budget before sending it to the national legislature to achieve a  majority consensus. Once approved, Union funds are then disbursed through the Myanma Economic Bank (MEB).

Budgets may be also be adjusted during the year through Supplementary Appropriation Laws8 that enable estimated revenues and expenditures to be compared with actual results and revised estimates to be applied.9

The Myanmar Citizen’s Budget (2017-2018) shows that for the past seven years the union has been operating at a deficit of  between 1.22% to 4.94% of GDP. During this same period, tax revenues have hovered just below 10% of GDP. The budget document, published annually by the Ministry of Planning and Finance provides information about the sources of revenue and expenditure with respect to the overall union budget.

At the sub-national level, state or region institutions submit their budgets differently, depending on how the institution is scheduled under the Constitution. Budgets are either reviewed independently by the state/region budget department (Schedule 2) or consolidated at the national level by the relevant Union Ministry (Schedule 1).10

The state or region legislature is then responsible for approving Schedule 2 budget items whereas Schedule 1 items, now part of the national budget, await approval from the Assembly of the Union. When situations arise where the state or region is not able to finance their budget using their own resources for Schedule 2 budget items, they need to seek supplemental financing from Union Ministries from the national budget.

In Myanmar, SEEs play a major role in regulating Myanmar’s formal economy. They are usually responsible for around half of the Union Government’s revenue.11 In 2016 they employed 145,000 workers or about 15% of total public sector employment.12 Of these enterprises,the Myanma Oil and Gas Enterprise (MOGE) has been the largest contributor towards the union budget in recent years accounting for 15-20% of government revenue.13

SEEs were introduced during the Socialist period between 1962 and 1988 under nationalization reforms designed to transition to a centrally planned economy. Currently, SEEs are governed by the State-Owned Economic Enterprise Law (1989).

This law provides SEEs the sole right to conduct business in certain sectors such as forestry and mining. In addition to being legalized monopolies, SEEs possess regulatory oversight of private sector activity. For example, they have the capacity to award private sector contracts to partners and suppliers at their own discretion14 and can recommend tax exemptions for private joint-venture partners to the Myanmar Investment Commission.15

SEEs are required to pay 25% of their net profits as corporate income tax to the Internal Revenue Department and a further 20% in quarterly “state contributions” to the Treasury Department, which are both governed by the Ministry of Planning and Finance. Any remaining profit may be retained as “own funds” or other accounts (OAs).16 Prior to 2012, SEEs were not permitted to retain these profits.

In effect, SEEs are partially funded through the national union budget, which provides resources for servicing debt and capital expenditure requirements. After paying corporate income tax and state contributions, each SEE must use their OA to cover operating costs such as raw materials and worker salaries.

While some SEEs, such as the MOGE are highly profitable, many others make a loss. If their operating revenue and state supplied budget is not sufficient to pay for their expenses, they must borrow the shortfall from state-owned banks.

This is what differentiates SEEs from government ministries. While the expenditure of Government Ministries is fully funded by the union budget, they are not permitted to retain unspent funds. SEEs are able to retain up to 55% of their net profits as OAs. Of the 18 SEEs in Myanmar, eight currently pay all taxes, dividends, as well as operating expenses using their OAs. The remaining ten only cover a proportion over their operating costs and need to be supported by state sponsored budgets or loans.17

The Case of Sub-National Budgets

As a result of national budget process, state and region governments have become heavily dependent on the union budget and lack autonomy in developing the local economy.18

Historically, local governments have been used as mechanisms for administrative control and capturing economies of scale, rather than for socio-economic development and democratization. This has resulted in situations where local knowledge and capacity is lacking or undeveloped, contributing challenges in decentralising the responsibilities of the Union Government.19

Schedule 1 and 2 of the Union Constitution provides outlines for the intended mandates of  Union and state/region governments respectively. In theory, sub-national governments should be responsible for items such as local roads or off-grid electricity. However, in reality, funds are exhausted largely by  the costs of maintaining the General Administration Department and local expenditure becomes dependent on Union level decision making processes.22

This represents a situation, where state or region governments have become accountable to the Union Government rather than to local citizens. It is replicated across most areas of Myanmar.

State or Region deficits are covered using a number of mechanisms. Previously, grants from the Union Government were negotiated between each sub-national branch of government and the Union, however from the 2015-2016 financial year, a funding formula has been used to increase levels of transparency.23 State or Region governments are also supported by tax revenue sharing mechanisms and constituency development funds.24

Civil society voices in Myanmar have proposed that a more decentralized government  budget has the potential result in a number of improvements to the current situation. For example: