Sustainable Development Goal 3,  “Ensure healthy lives and promote well-being for all at all ages”, consists of 13 targets with 26 indicators. The targets include maternal health (3.1) and child health (3.2), communicable (3.3) and non-communicable (3.4) diseases, substance abuse (3.5), road traffic accidents (3.6), sexual and reproductive health care (3.7), universal health coverage (3.8) and environmental hazards (3.9). Furthermore, tobacco control (3.a), research and development for vaccines and medicines (3.b), health financing & health workforce (3.c) as well as international health regulations (3.d) are included in SDG3. Around 50 other SDG targets are interlinked with SDG3, which underlines its relevance.1 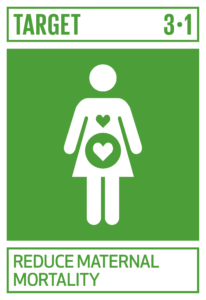 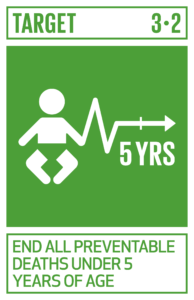 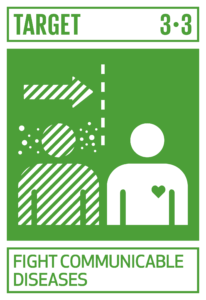 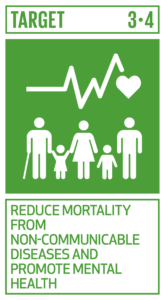 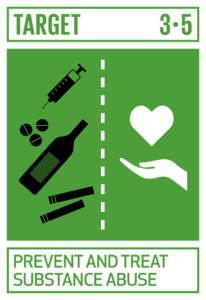 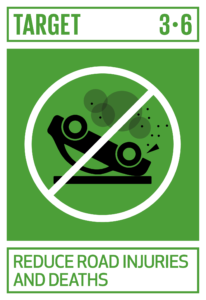 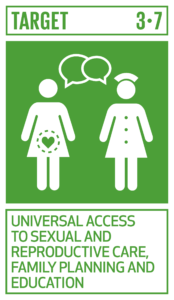 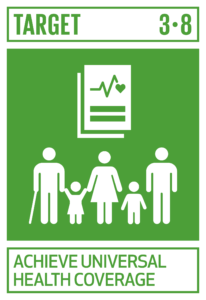 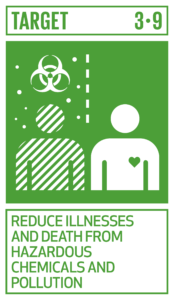 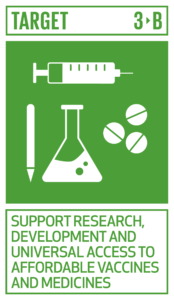 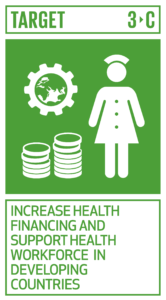 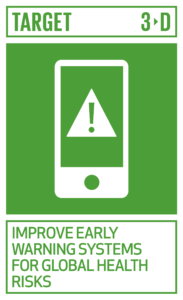 Transition from the MDGs to the SDGs

The SDGs build on the Millennium Development Goals. The eight MDG targets included three focused on health.[ref]UNDP. Background on the Goals. Accessed November 7, 2019.[/ref] Even though many countries, including Myanmar, experienced great improvements in overall health during the MDG era, challenges remain and need to be further addressed to reach SDG 3 by 2030.2 For instance, by 2015, the targets for MDG 4 (child and infant mortality) and MDG 5 (maternal mortality) had not been achieved in Myanmar. Progress on MDG 6: Combat HIV/AIDS, malaria and other diseases, was mixed, as Myanmar greatly reduced incidences of malaria, but not tuberculosis.

The localization of SDG 3 in Myanmar

Despite improvements, the health of the people of Myanmar remains poor as compared to other ASEAN countries.3 In addition, a rural-urban divide exists in accessing health services. Travel time, language barriers, and time restrictions force people to choose more expensive private providers.4 Ethnic minorities also have difficulty accessing health services, and the services they have are often of lower quality.5 Furthermore, social norms such as traditional birth practices, negative views on contraceptives and power differences between men and women impact women’s access.6

Thus, Myanmar has recognized all SDG 3 indicators as relevant to the country. Baseline data, collected by the Central Statistics Organization (CSO) with the assistance of UNDP7, was available for 20 of the 26 SDG 3 targets in 2017. Data for the remaining 6 indicators (3.3.3, 3.3.4, 3.5.1, 3.8.1, 3.b.1, 3.b.3) was either missing or unreliable. Reliability is complicated because baseline data is sourced from both national and international data producers and it is not always completely transparent if data meets quality standards. The UN Inter-Agency and Expert Group on SDGs established guidelines on data sources, which suggests that national sources be used before international ones. To support this, national statistical capacity needs to be improved, and a single institution needs to take responsibility for final data compilation, like the CSO does in Myanmar.8 The Government of Myanmar stresses the importance of national and international collaborations9, especially to enhance statistical capacity.

The Ministry of Health and Sports has established a number of relevant policies. The most recent National Health Plan 2017-2021 focuses on universal health care. Several strategic plans cover assistance to target populations such as school children, or management of specific diseases, such as non-communicable diseases, HIV/AIDS, and tuberculosis.10 Because maternal mortality, child and infant death rates, prevalence of HIV, and rates of NCDs are of particular concern to the Ministry of Health and Sports, this page focuses on these issues.

Rapid progress will be necessary to meet SDG 3.1, which aims for a MMRatio of 70/100,000 live births. Other LMCs, such as Cambodia and Lao PDR, have shown positive results in reducing MMRatio. Their strategies might be applicable to Myanmar. Empowering women is another key aspect of preventing maternal mortality. This can be achieved by making reproductive health care available for everyone12 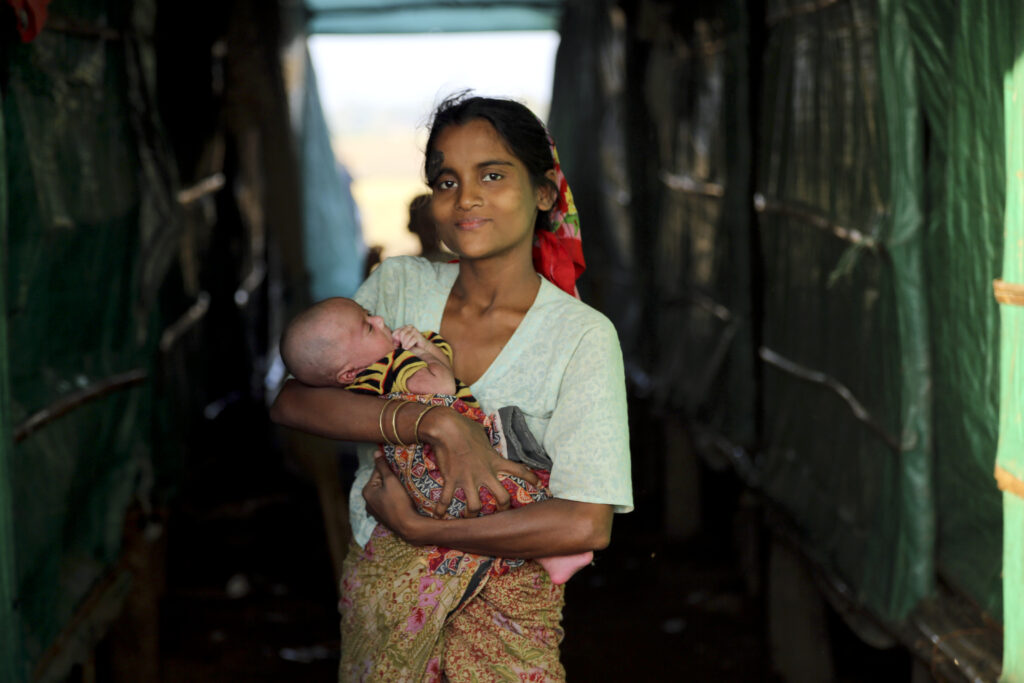 Mother and child in a displacement camp in Myanmar. Photo by UN Photo/David Ohana via Flickr. Licensed under CC BY-NC-ND 2.0.

In Myanmar, the prevention of HIV, malaria and tuberculosis is considered a priority. Myanmar faces extremely high HIV infection rates, with great disparities between urban and rural areas.17 Current estimates of 11,000 new HIV infections per year indicate that this epidemic will not end soon, particularly because the number of new infections is decreasing at a very slow pace.18 Key populations, such as female sex workers, men who have sex with men and people who inject drugs are disproportionately impacted. These populations predominantly live in cities, which explains the higher rates in urban areas like Yangon, where HIV is more prevalent than any other major city in the LMCs. For example, in Yangon 24.6% of female sex workers were HIV positive in 2015, compared to 22% in Hanoi or 6% in Bangkok.19

Similarly, while tuberculosis (TB) rates have decreased by over 50% since 1990, Myanmar remains one of the 30 countries with the highest TB rates globally.21

Non-communicable diseases (NCDs) account for approximately 68% of all deaths in Myanmar. NCDs include cardiovascular diseases (the leading cause of death in 2016) cancer, diabetes and respiratory diseases.22 They are increasing in Myanmar, which can be explained by several risk factors including tobacco use, harmful use of alcohol, unhealthy diets, and physical inactivity.23 Often, NCDs are either not treated, or remain undiagnosed.[24

Many of the remaining SDG targets, such as substance abuse (3.5), environmental risk factors (3.9), and tobacco use (3.a) increase the risk of developing NCDs.25 Tobacco use is particularly relevant in Myanmar, with 54.4% of all adults using tobacco in 2014.26 Access to universal health coverage (SDG 3.8) also impacts NCDs, as needing to pay for health care out-of-pocket limits access, which results in the neglect of extremely prevalent NCDs like diabetes and hypertension.27

Means of Implementation of SDG 3 in Myanmar

SDG 3 has four means of implementation indicators and Myanmar has made efforts corresponding to each. SDG 3.a targets the implementation of the WHO Framework on tobacco control, measured by tobacco use. Myanmar has adopted the WHO framework on tobacco control and strengthened prevention. Health warnings for cigarettes were implemented and tobacco taxes were increased. The tax increase resulted in a decline in cigarette sales as the affordability of cigarettes decreased.28

SDG 3.b looks at levels of investment in research and development. Myanmar received US$197 million in Official Development Assistance (ODA) for medical and health research in 2017,29 an increase from US$160 million in 2014.30

SDG 3.c aims to increase health financing and improve the workforce in the healthcare sector. The current National Health Plan emphasizes the importance of strengthening human resources to enhance the quality of healthcare.31 However, there continues to be shortfalls in financing, limiting access to health services in Myanmar.32 Financing is essential to implement SDG 3. For instance, universal health care (3.8) is recognized by the National Health Plan 2017-2021 as necessary. However, to implement this, public spending must increase significantly, as currently only about 3.65% of Myanmar’s total budget is spent on health33 and over 74% of health expenditures are paid out-of-pocket.34 In addition, Myanmar is highly dependent on donor funding to tackle public health threats, putting the country in a vulnerable position if funding if withdrawn.35 For example, US$73 million of donor funding was spent on HIV in 2015, while only $US10.4 million was spent from public funds.

SDG 3.d focusses on strengthening capacity for prevention and reduction of health risks, measured by the IHR index.36 Myanmar has multiple guidelines and strategies, but many of them remain in draft form. Myanmar scores very low on the IHR index in the areas of antimicrobial resistance and emergency preparedness.37

The Myanmar Sustainable Development Plan (MSDP) aligns with the SDGs and aims to address some of the issues of implementation. The MSDP has three pillars and five goals, and the majority of SDG 3 goals fall under Pillar 3 (People and Planet) Goal 4 (Human Resources and Social Development). Each goal has strategies to achieve SDG targets, and the strategies relevant for SDG 3 are: